While working on my undergraduate degree I used to take some time to sit in Waldo Library and read magazines — looking for visual inspiration, interesting ideas, etc. I loved to read about everything. This was during the mid to late 1990s when Wired magazine was at its best, and when I first learned about an intriguing fellow named John Maeda.

Over the years, John has done some amazing work at MIT, in the Media Lab, through MAEDASTUDIO, writing about simplicity, and has in the past year moved on to new endeavors: becoming the current president of the prestigious Rhode Island School of Design. I followed him from his old blog on simplicity, to his new one titled Our RISD, where he has been writing about getting into his new role and building community etc.

This week he posted an interesting video, done by the folks over at cool hunting, about simplicity and the glass house. I found it very interesting, and wanted to share it with you: 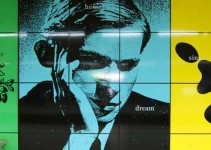