Caroline Davies, writer for the Guardian, reported that celebrity David Walliams raised £1m for the charity Sport Relief by completing an eight-day 140 mile swim in the river Thames. Williams is an English comedian, writer and actor, known for a television sketch titled Little Britain and another show titled Rock Profile.

Sport Relief is an annual event intended to raise funds to “help people living incredibly tough lives, both at home in the UK and across the world’s poorest countries.” Partners for the event included Sainsbury’s, SportsDirect.com, British Telecom, and British Airways. Funds raised are allocated through Comic Relief, a UK charity whose goal has been to “create a just world free from poverty” for more than 25 years.

Gaining the support of a well known celebrity can contribute to building awareness for your cause, charity, or event. Add to that an incredible physical challenge, like that tackled by Walliams, and you have a story that should give your audience pause — encouraging them to consider how something that might seem extremely challenging can be overcome. Trying to curb poverty and hunger throughout the world is something as challenging for the global community to address as a single man’s effort to swim 140 miles of the longest river in England.

According to worldhunger.org, 925 million people experience malnutrition. While the world produces enough food to feed the global population, many people lack access to land for growing food, income to purchase food, or access to sufficient amounts of food. While the £1m raised by Walliams for Sport Relief will certainly be able to feed some. It will hardly be sufficient for resolving the larger problem at hand. 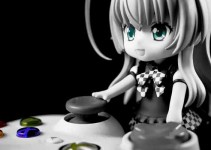 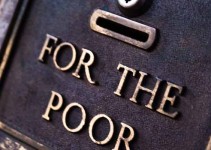