Karine previewed results from her annual State of the Mobile & Responsive Web in Higher Ed Survey (a full report is anticipated next week).

The increasing trend of visitors to websites using mobile devices seems accurate. Though,  the overall numbers reported seem low to me (a double diget percentage for mobile traffic share is more in line with what I would expect to see). Karen noted a drop in the number of responses to the survey this year (so, maybe there is some survey bias).

Either way, it’s worthwhile to regularly make time to observe changes in the habits and behaviors of visitors to your website. Insights gathered can help you to evaluate the effectiveness of your digital strategy and tactics. I believe that most digital professionals would agree that ignoring mobile when developing new marketing communications would be a terrible mistake for most projects at this point in time. 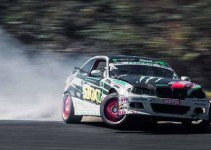