There are moments when you first hear the melody or lyric of an unfamiliar song that can result in pleasant skin tingling sensations, a welling up of energy, or an emotional response like tears or joy. We are introduced to these experiences by friends, music evangelists, or clever marketing campaigns. The later has made use of increasingly potent visuals in the form of music videos and/or subliminal presentation of catchy tunes in advertisements, television shows, and film in order to introduce us to new music experiences.

Bob Boilen is a person I consider to be a music evangelist–someone who promotes music because of a deep, heart-felt love for artists and all musical styles. In early 2008, Bob began a new series titled “Tiny Desk Concerts.” Independent and record label affiliated musicians alike were invited to perform live in the offices of NPR’s All Songs Considered. The performances were recorded and presented in audio and video formats to the public. The result has been intimate, authentic performances that feel much more personal and real–the tight office space does not accomodate the use of vast musical gear or production equipment. The artists often arrive in street clothes, voices ready, and acoustic instruments in hand. The sound of a small audience can often be heard, responding to the musician’s chatter between songs–and sometimes during songs as banter contributes to the overall groove of the performance. The viewer experiences a higher level of authenticity and originality than they are normally afforded by studio recordings or heavily produced videos–the Tiny Desk Concert experience is a setting, which I think, enables us to connect personally with the artist. Don’t mistake, studio recordings and music videos are still viable formats that are artistic and enjoyable. However, there is something special about the Tiny Desk Concert format that makes the experience personal–there are more skin tingling moments here than can usually be had elsewhere.

I applaud Bob Boilen for his ingenuity in creating this unique experience. Listening to and talking about music is probably something that seems old and familiar for him–maybe something that isn’t always as fun day-to-day because it is part of a job. Yet Bob’s insight regarding a unique way to share the performances of emerging musicians and experienced artists with the rest of us is simply brilliant and something that others overlooked. Bob, thank you for helping me to experience music in a personal, unique, and meaningful way!

Included below are a few examples of the wonderful performances that may be viewed by visiting the Tiny Desk Concerts website or the NPR Music YouTube Channel. 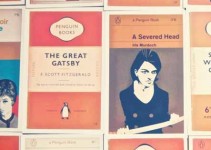