Warning: "continue" targeting switch is equivalent to "break". Did you mean to use "continue 2"? in /nfs/c04/h02/mnt/65017/domains/michaelvanputten.com/html/wp-content/themes/schema/options/php-po/php-po.php on line 187
 How do Michigan colleges and universities measure up?

Julie Mack, blogger for the Kalamazoo Gazette, reported on August 4, 2011 that Western Michigan University and Kalamazoo College made the list of “best colleges” published by Forbes and Princeton Review. Julie’s post caught my attention because I live in Kalamazoo, MI, hold two degrees from Western Michigan University, and work as a professional in the field of higher education — I feel like a stakeholder and was excited about learning more.

Overall, I am proud of the efforts of each of the higher education institutions in Michigan — being ranked amongst the best institutions in the country is a measure of the hard work and effort put forth to nurture knowledge and provide catalysts for a stronger economy and community.

I was surprised by where Western Michigan University, my Alma Mater, appeared in the rankings. Western Michigan University, more or less, comes in last amongst higher education institutions in our state and towards the bottom of the rankings when compared to national peers (according to Forbes/Princeton Review). It is challenging to be a resident, student, professional, or higher education institution in Michigan right now: there are concerns regarding state funding of higher education, Michigan’s economy could be better, and more people could be employed.

While Western didn’t receive the the highest ranking, another institution in the same community did. Kalamazoo College, a private institution focusing on different education specializations, was ranked by Forbes/Princeton Review as being third in the State of Michigan and amongst the top 15% of the best higher education institutions in the nation while Western was ranked in the bottom 1%. Keep in mind, this a community that benefits from the Kalamazoo Promise — which enables graduates of the Kalamazoo Public School system to receive a college education at no cost (i.e., a full ride). There are a lot of great/academically-gifted students who could choose to stay in Kalamazoo and attend Western Michigan University or Kalamazoo College versus moving to Ann Arbor to attend University of Michigan or East Lansing to attend Michigan State University (each of which also received a higher ranking than Western).

In considering these rankings, I recall the promise my Alma Mater made at my undergraduate and masters graduation ceremonies — “we will endeavor to continue to add value and reputation to the degree to which you now hold.” I know that I am working hard to demonstrate what can be done with a degree from Western Michigan University, as are my friends and colleagues. I would like to see Western Michigan University demonstrate more effort to bolster their reputation, brand, and legacy: smarter graduates, better job placement (enabling the repayment of substantial debt students take on), more positive sentiment on the part of graduates (let’s make it feel more like a community), and just more things in general to make me feel pride in being a “Bronco.” A ranking of 645 out of 650 leaves a lot of room for growth and improvement. 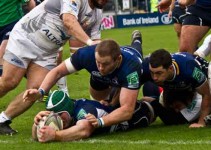 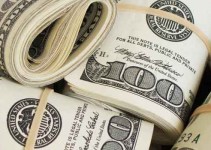